Ephesians 2:10 For we are God’s masterpiece.  He has created us anew in Christ Jesus, so we can do the good things he planned for us long ago.

THE ALAMO- In 1836 William B. Travis was famous for drawing a line in the sand at this mission in San Antonio, Texas.  February 23-March 6 was the Battle of the Alamo where Travis asked for volunteers to stay and fight, even though all of them knew that their only victory would be to buy time for the Texas forces to gather more men to fight and it would also give them more time to evacuate farms and towns along Santa Ana’s route to fight against them. Every man there stepped across the line and committed to stay and fight, even though it would mean their death.
The courage shown in this sacrifice inspired more Texans to volunteer to fight and stop Santa Ana.  “Remember the Alamo!” was the battle cry that drove them on to victory to win their freedom from Mexico in the Texas Revolution. 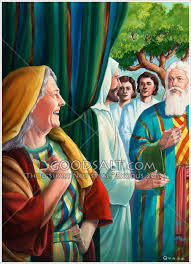 SARAH- Abram, Sarai’s husband, was told to change both of their names. He would now be Abraham, the father of many nations. His wife would be Sarah, who was barren and had not been able to conceive a child. She was now in her nineties.
Genesis 17:17 Abraham fell facedown and laughed...then when the Lord appeared to him again with two angels at his tent, Sarah overheard the Lord say to Abraham that by the next year this time, when they visited, Sarah would have a son.
This time it was Sarah who laughed and wondered, “After I am worn out and my master is old, will I now have this pleasure?”
Yet Sarah did believe that God would do what he promised.  She embraced the challenge, crossed the line in faith, even if it was a little hard to believe at this stage of her life.
JERRY AND CHRISTIE- So, Jerry and I took Philip on a vacation to Costa Rica.  We thought we would stay for a couple weeks in the mountains and a week for Philip at the beach.
The first night we encouraged a new Christian from Wales, Great Britain. As we stood on the sidewalk outside of Papagayo’s talking, I felt the Holy Spirit flow over me in waves.  It was so strong that I stopped and looked at Jerry and the young man and asked them, “Can you feel that?  Do you feel God’s presence right now?”
They both acknowledged that they felt it as well.
That night and through the rest of the trip, I felt God tugging at my heart concerning Costa Rica.  I felt that God was asking me again, to CROSS THE LINE and accept the challenge to leave all and serve Him in this country.
So, when I was praying and asking God in July of 2012 if he would confirm to me that Jerry and I were truly meant to share the good news of Jesus in Costa Rica, I opened my Bible, intending to flip over to the New Testament. The Bible opened up and up flashed this verse. My eyes saw no other one on that page. 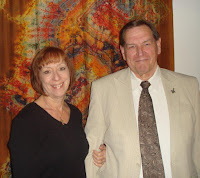 EZEKIEL 12:3,6- Ezekiel was being told to leave like an exile to another place.  To pack all he could carry on his shoulders and to leave at dusk.
What God said to us was to go and no matter that it was in the dusk of our lives. We did not stop and think long about it. We knew that we must go and CROSS THE LINE.
So, we have traveled into Costa Rica mostly into the Alajuela Region for times of intense ministry. There was a time when we put our home up for sale for two years without one nibble to buy it. We hardly had anyone come to view our beautiful home. Here we were willing to give it all up, but nothing was happening. We had already applied and been accepted for permanent residency, so we waited on God to confirm whether or not we would permanently move down to Costa Rica.
Surprisingly, the houses all around us sold during that time. Our home had more bedrooms, many upgrades, amenities, and sat on a lovely treed lot in the Texas Hill Country, but not one offer came our way.
Finally, one day while Jerry inspected the empty interior of our home and swept up a few dust bunnies between showings; he said he felt God told him the house had not sold because it was ours. Jerry declared that God was giving the house back to us. He called me right away and told me to pack up all of our belongings from the rent house; we were moving back home.
We crossed the line in faith, but God has only required that we go intermittently for a month or a few weeks at a time to encourage pastors and to stir up fires through teachings at ladies’ conferences, through Jerry's teaching ministry to pastor’s and men's’ meetings, and through evangelistic meetings where Jerry, guest ministers, and worship teams experienced the Holy Spirit falling on all present for salvation, for baptism of the Holy Spirit, for healing the sick, and for creative miracles.
We are gearing up to head down, the two of us, to a new region, to new congregations, on the Osa Peninsula for joint women's meetings and a crusade between nine churches. There will be meetings in five other towns as well. We have no idea how we will be received or what God has in store, but we are rolling up our sleeves and preparing for good things in people's lives because He is a GOOD GOOD GOD.
It is joy indescribable to walk in tune with God. I always find that when He is gently leading me out of my comfort zone it is to take me into a wonderful adventure. One that my heart is longing for.

BE WILLING TO CROSS THE LINE
NO MATTER WHAT ISSUE IT IS
NO MATTER WHAT TEMPTATION YOU FACE
NO MATTER WHAT JOB OFFER YOU GET
NO MATTER WHAT RELATIONSHIP YOU ARE IN
WHATEVER GOD TELLS YOU TO DO...DO IT
TO OBEY IS THE WAY TO A MORE EXCELLENT LIFE
Posted by redeemed-insandouts.blogspot.com at Wednesday, February 19, 2020 No comments: Links to this post

MY MOST POPULAR BLOG POSTS